I didn’t make EarnTrackInvest to nitpick ever financial situation a person could possibly be in. Instead, I want people to transform their worldview on money.

Money doesn’t bring happiness. Being wealthy shouldn’t be your goal in life. It is simply a tool. Money is a tool that can bring you freedom to take care of your family and the community around you, or it can put you in chains to your spending habits and pride.

I’m bringing up these things because the ROI Mindset is impossible or dangerous for those who have no purpose or meaning for their money, but an amazing way to live if you have a core foundation of beliefs surrounding your money. As a Christian, I believe that my finances belong to God and I’m just the manager. I really like Dave Ramsey’s perspective on money.

Return on investment is how much work your money is doing. Profit divided Cost. How much money you make from your money divided by the amount you put in. If you put $1000 into something, and you take out $1100 after one year, your ROI would be $100/$1000 or 10%.

Sometimes people calculate ROI wrong and put net revenue on the top, but that’s wrong. If you buy a $1000 door for your house and it increases home value $500, your ROI isn’t 50%. It’s -50% because you lost half of your original cost.

The difference between the ROI equation and the ROI Mindset is that sometimes decisions aren’t perfect math equations. There is time, risk, variability of results, human error, emotion, pleasure, happiness, morality, and pretty much all of life is impacted by decision. You should always figure out the math portion of decisions, that’s the core of the ROI Mindset, but do not forget to factor in all of the other possible variables as well.

However, get used to doing math when it comes to financial decisions, and get used to tracking your entire financial picture. I recommend Personal Capital as your free tool to track all of your accounts.

Sometimes ROI will be negative. Just make sure you’re choosing the least negative ROI option. Let me give an example.

I needed a car recently. That’s one of those situations with a negative monetary ROI but a positive life ROI. By owning a car, you have the freedom to go where you want. You can see friends, hang out with family, drive across the country. So a car is a no-brainer for someone who has the cash and wants to live that lifestyle, even though it depreciates in value. The important thing about the ROI Mindset is that you acknowledge the monetary value lost.

But while I was at the dealership, an amazing thing happened. I came in with a budget based on a calculation of how much I was willing to spend. Everyone there was on a mission to throw my budget out the window.

They were like, what kind of monthly payment can you afford? We can get you in a nicer car based on a longer payment term if the payments are what are holding you back?

Honestly this was my first time buying a car in a dealership, so I was floored. When I stuck to my guns about my dollar amount the dealer brought the price of a car down $2k because they thought they could get me on financing fees and interest payments. At the end of the deal, I told them I was paying in cash, and they acted like they had never had anyone pay in cash before.

With the ROI Mindset, you don’t make payments because interest is a negative return on investment. I’m not going to earn -5% on my money for the privilege of driving a car that’s losing value every day.

Now honestly I understand people who end up with car payments. Driving a car is a part of life and if you literally don’t have money it is understandable that you’d end up with a loan. However, if you’re in that situation consider buying a car at a couple thousand dollar budget rather than based on what payments you can “afford”.

The paycheck-to-paycheck lifestyle says as long as you can fit the payments in your monthly paycheck, you can afford it. It has no math, no planning. Whatever feels good, buy it. Instead of thinking of money as a tool to improve their future, they use it as an immediate means to get what they want. If you have it, spend it.

In the ROI Mindset being able to “afford” something means you can pay cash for it while keeping your other goals in line. The Paycheck-to-Paycheck Mindset says that if the payments fit within your income, you can “afford” it. That includes car debt, credit cards, bigger student loans, bigger houses, etc.

Think of the person that gets a raise and immediately buys a bigger house because they can now afford the payments. Rather than utilize that bigger income to quickly make a safety net for themselves or save up for important things in life, they choose to spend more in payments because they can “afford” it.

You might think the paycheck-to-paycheck mindset cares less about money or is more relaxed about the world. However, they are the ones who have to penny-pinch and avoid generosity because they typically don’t have a pile of cash sitting around to be generous with. In addition, I’ve seen friends who worry constantly that they’re going to swipe their card and be denied for lack of funds. If an emergency comes up and they have to spend a couple hundred dollars to fix it, suddenly they are in debt or they have to cancel their plans for the next three weeks so they can live.

Unfortunately, around 78% of people are living paycheck-to-paycheck. Not all of them have a bad outlook on money, but many do. You can avoid that by reconfiguring your mindset and realize there are things with a better ROI for your life than spending all of your money and taking on debt.

Keep in mind that discipline is a core element of The ROI Mindset. Realize that a great way to live is to have a pile of cash in your account that can fulfill virtually any emergency possible. Your plans will be stabilized, and you can avoid negative ROI situations at all costs.

Now that you’ve started to understand how The ROI Mindset affects your daily life, you also need to figure out how to invest. The ROI Mindset doesn’t take mediocre for an answer. Have you seen people with extra money put their money in really bad return on investment stuff? Or even worse, keep it in cash? I’ve seen people with piles of cash put it in 1% ROI bonds as though they’re going to get rich off of them. I’ve seen people stuff a vanilla 1% savings account with money. Meanwhile people are earning a solid 10% ROI with the stock market, upwards of 20% with things like real-estate and royalties, and even more by buying businesses or venture capitalism.

With the world of investing knowledge at your fingertips, you have no excuse but to make really smart investing decisions. Of course you’re going to have a different risk profile than I do, but consider the math behind your investments. At the very least, make back more than inflation. If your investment decision earns 3% or less in investment, it’ll be like making 0% in buying power. However, anything over that and you’re increasing your buying power for the future.

But again, think of the ROI in your investments. That’s the crux of the investment and also something a lot of people completely avoid thinking about. 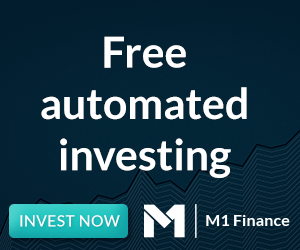